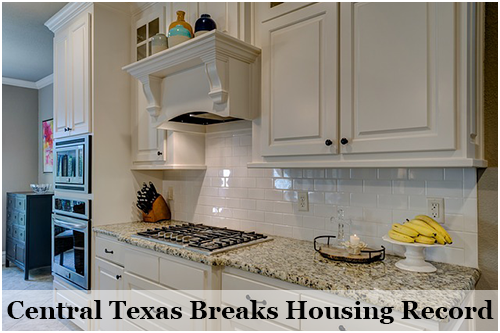 We are well into the new year and the housing market is still on a major role. The Stateman's did an article on the Central Texas housing market and the continued record breaking house sales and median home prices. You can see the article below.

“In 2018, Central Texas’ housing market will continue to see an increase in both sales and price, despite inventory levels remaining low,” said Jim Gaines, chief economist, Real Estate Center at Texas A&M University. “The housing demand and lack of inventory is so great, that if supply does not increase, we could see a upwards of 5 percent growth in median home prices within the Austin-Round Rock (metro area). Inventory will be a determining factor in the direction of this year’s market.”

The supply of single-family homes in Central Texas remained at 1.9 months, the same as January 2017. That level is well below the supply of six to 6.5 months that experts say is a balanced market, tipped in favor of neither buyers nor sellers.

To get even more real estate news or to see the original source article you can visit the Austin Stateman here.