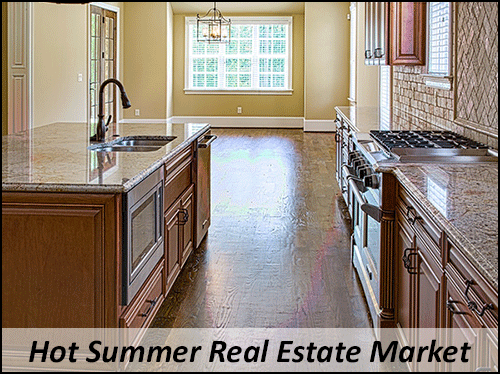 Summer is coming to a close and fall is here now. This past summer was one of the hottest summer's in real estate for the Austin/Metro area in years! The housing market for Central Texas has been on fire the past few years and this past summer did not disappoint! Culture Map Austin recently did an article highlighting this hot summer market. You can read it below.

While home sales increased and prices grew, housing inventory was also on the rise. That signals a move to a more normalized housing market, says Dr. Jim Gaines, chief economist for The Real Estate Center at Texas A&M University. So what should we expect for the latter part of 2017? While we won't see price decreases, as housing levels rise, we could see a slowing of home price growth.

Still, affordability is a major concern in Austin and the greater Central Texas area. "While we’re currently seeing positive upticks in housing inventory across our region, housing prices will continue to rise with demand," Guthrie says. "As Central Texas Realtors, it’s our commitment to advocate for affordable housing options, particularly within entry-level homebuyers."

The Austin/Metro area is still growing and is becoming one of the most desired places to live. Contact me today and let me help you find your dream home! The Fall season is also a very good time to buy or sell a home. Celebrate your holidays in your new home and start the new year off right!

To read more about this and other news from Culture Map Austin, visit their website here.